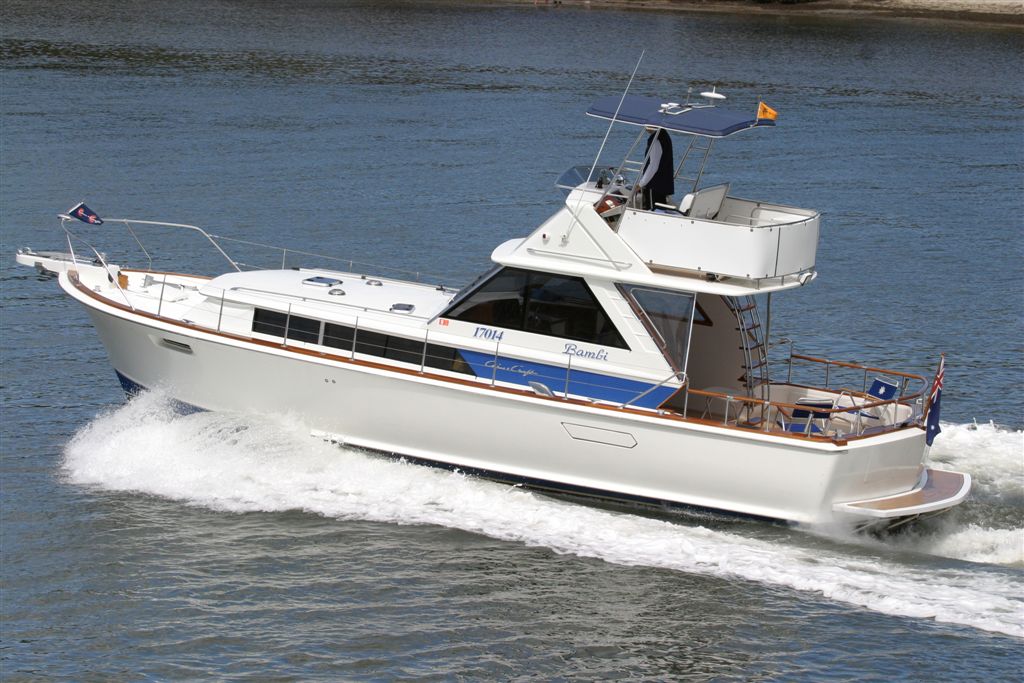 38' Commanders came in hard top and flybridge versions. The 38´ Sedan is built on the same hull.

The 38' Commander was the first model in the Commander fiberglass series introduced at the New York Boat Show -64.

The 38' Commander design was changed in 1971 when the cabin was extended all the way to the sheer line, see floorplans below. 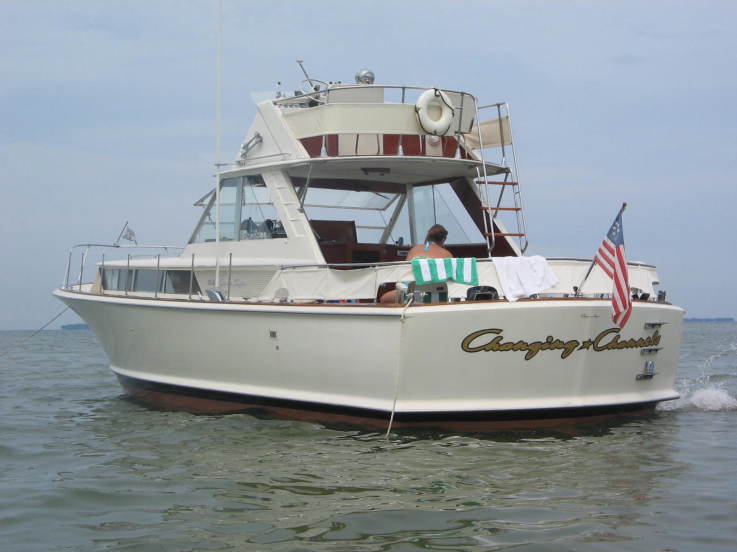 The video below documents the total restoration of "Bambi", a 1965 very neglected 38 Commander Express in Port Mandurah, Australia. Club members Warren Pateman and his buddy Graeme Robertson were the driving (and financial) forces behind this restoration. The sad part of this story is that on launch day, Warren's doctor informed him that he had cancer. Less than two years later on June 18, 2006 Warren passed away. Bambi is still in Australia, a tribute to Warren's vision and foresight.