In 2016, Chris Craft is joining with Italian boat builder Austin Parker to re-release the Commander line.  While the roll-out has sparked both positive and negative comments, many Commander owners have often looked at the distinct styling, classic lines, and obvious brute strength of our boats and wondered…

“How would Dick Avery do that today?”

Greg’s personal boating story begins when he was four aboard his parent’s 42’ Sunliner houseboat on the Illinois River.  Fourteen years later, his parents were looking for a Chris Craft Roamer and stumbled upon a 47’ Commander which would become the family boat.  Greg immediately became a fan of the fiberglass Commanders and remembers first seeing a 35 Commander in 1984.  Today, he is one of the fortunate few who also get paid professionally to do what he loves as he now runs a small marine distribution and sales representation company. 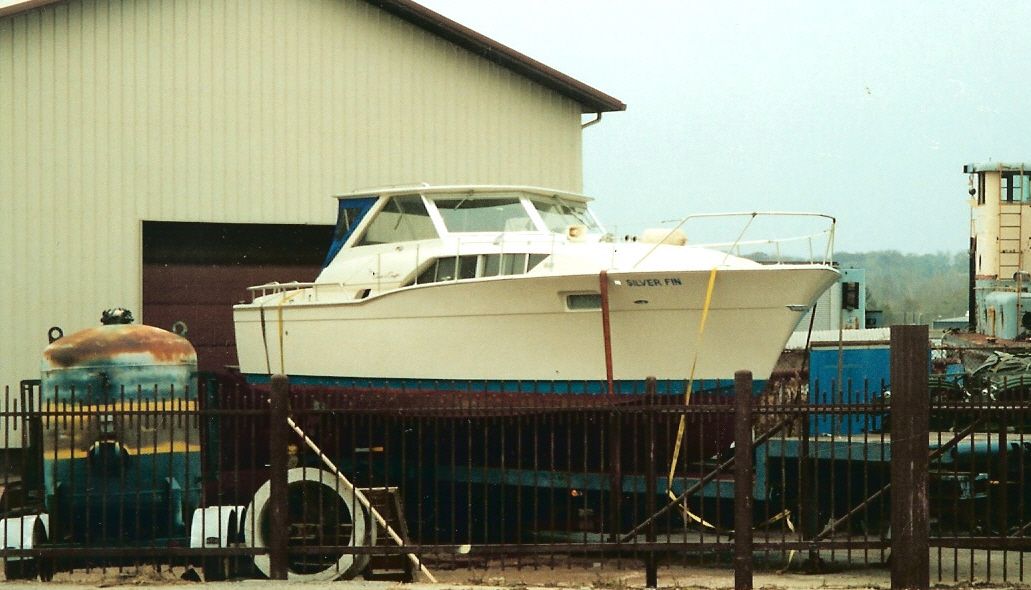 As with many Commander stories, this one begins in the Holland, Michigan Chris Craft plant.  In August 1971, the preliminary 1972 model of the 35 Commander was launched and delivered to Walstrom Marine in Harbor Springs.  The marina lent the boat to known author and editor of Yachting Magazine, Jack Smith.  He ran her for 450 miles for the 35 Commander review which appeared in the Yachting Magazine November 1971 issue.  Shortly thereafter, she was sold to her first owner, named Silver Fin, and moved to Lake Superior.  There she did fishing charters for years before the second owner took her to Milwaukee.

When the Gajcak’s became the third owners in June 2002, they never intended the 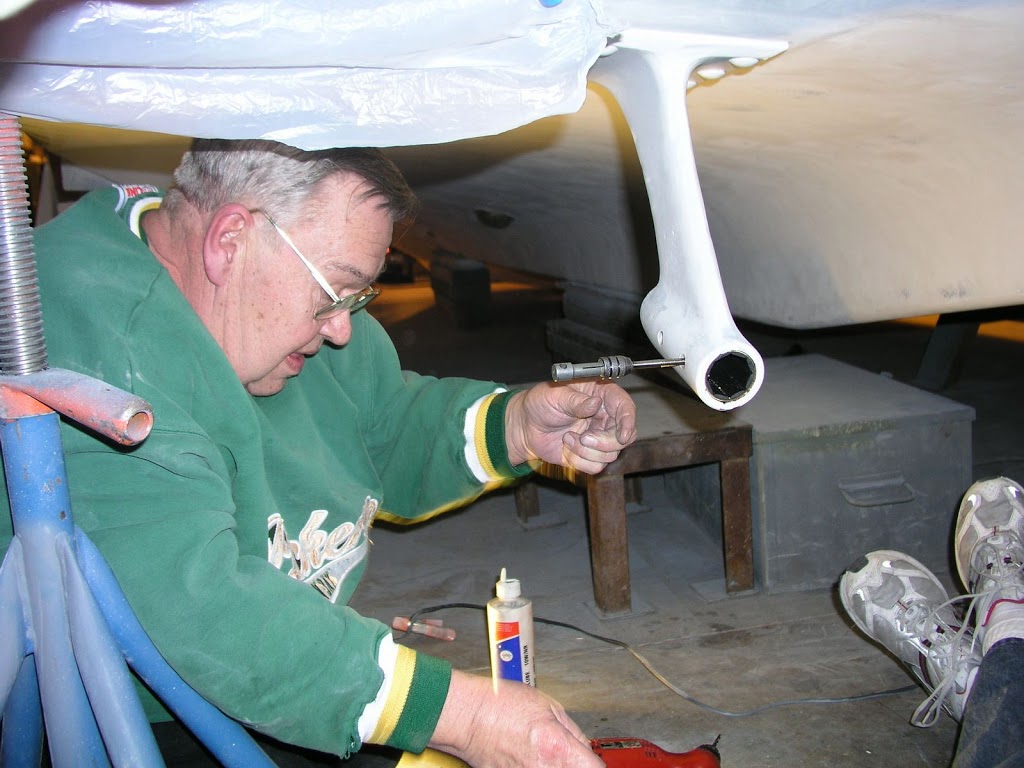 coming refit.  “We planned to enjoy her ‘as is,’” Greg said, “maybe put a little spit polish on her.”  By November of that year, “spit polish” became “upgrades,” “crane rentals,” and “warehouses.”  Greg and his wife of 22 years, Julie, saw the project rapidly expand and according to Greg, “things got a little out of hand from there.”

A crane loaded her onto a semi-trailer and took her to a commercial building on the Illinois Waterway in Joliet, IL.  The initial task list and plan included 24 months to “spiff her up a bit” and make a few modifications.  Greg drew inspiration from Dick Avery’s original design and a similar refit running parallel to his being done by Warren Pateman in Australia with whom he often exchanged ideas.  Warren’s passing in 2006 slowed Greg down for almost six months before returning to his focus of getting the boat launched.  He also credits Club members Dick Morland, Lawrence Neisler, Jim Rivas, and Byron Smith with help and inspiration along the way.

A project of this magnitude takes its toll on one’s pocketbook, patience, and family.  Greg credits the strength and resilience of Julie in handling affairs back home with three kids while much time was spent apart.  “Choosing to take on this refit while having a young family was more of a challenge than I had anticipated,” said Greg.  He would try to spend as much time as possible with the family, but that often meant sleepless weekends at the boat and sneaking out after others had gone to bed.  Greg admits, “My wife was far more tolerant than I know I would be if roles had been reversed.”

As the project continued to grow, it 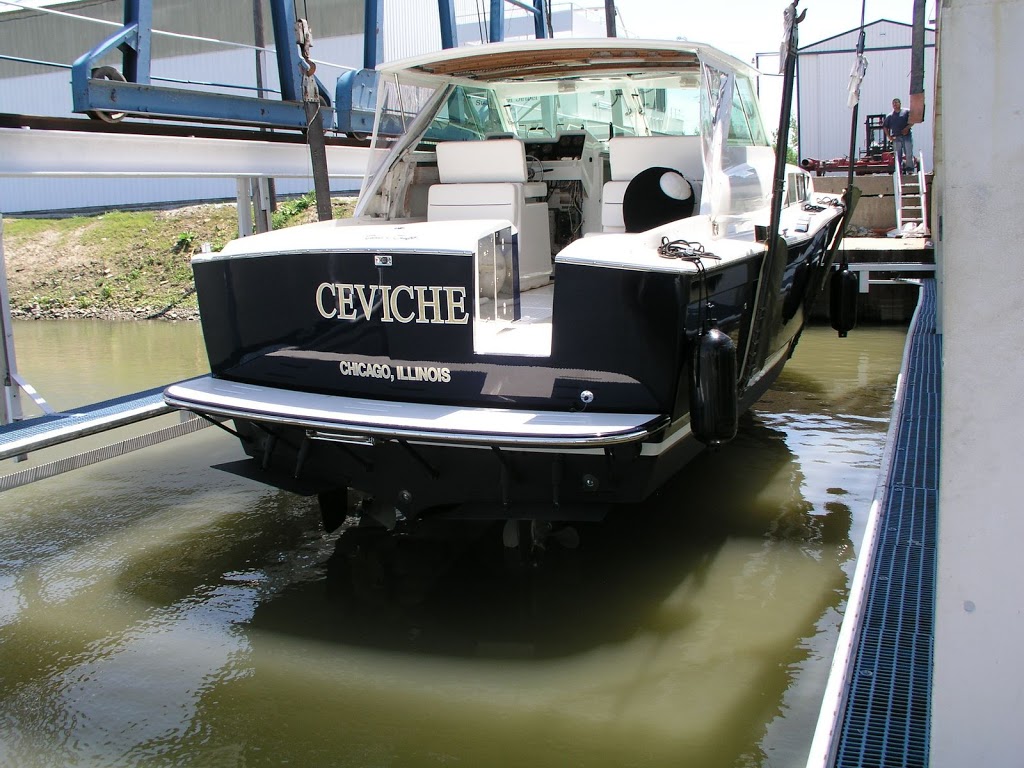 was not long before Greg began to view it as a custom boat project on a Commander chassis.  The custom transom door, repower to Crusader 496ci engines, new driveline, anchor windlass and roller, and multiple other mechanical upgrades make this Commander special.  Add to that the unique paint job and exterior upgrades, and Greg’s vision created a boat that many mistake as a new Chris Craft “Retro” model.  Unfortunately, the growing list of projects meant the timeline grew as well, and summer after summer passed with time lost on the water.

Four and a half years later, this fiberglass classic slipped back into the water with a new lease on life, and a new name, Ceviche.  The name includes the first initials of Greg and Julie’s three kids, Corinne, Valerie, and Christopher (“and a few vowels,” according to Greg).  With ceviche being a fresh seafood-based dish, the name also harkens to her earlier days as a fishing charter.

The kids were three, five, and seven in 2002, and the project took so long, he and 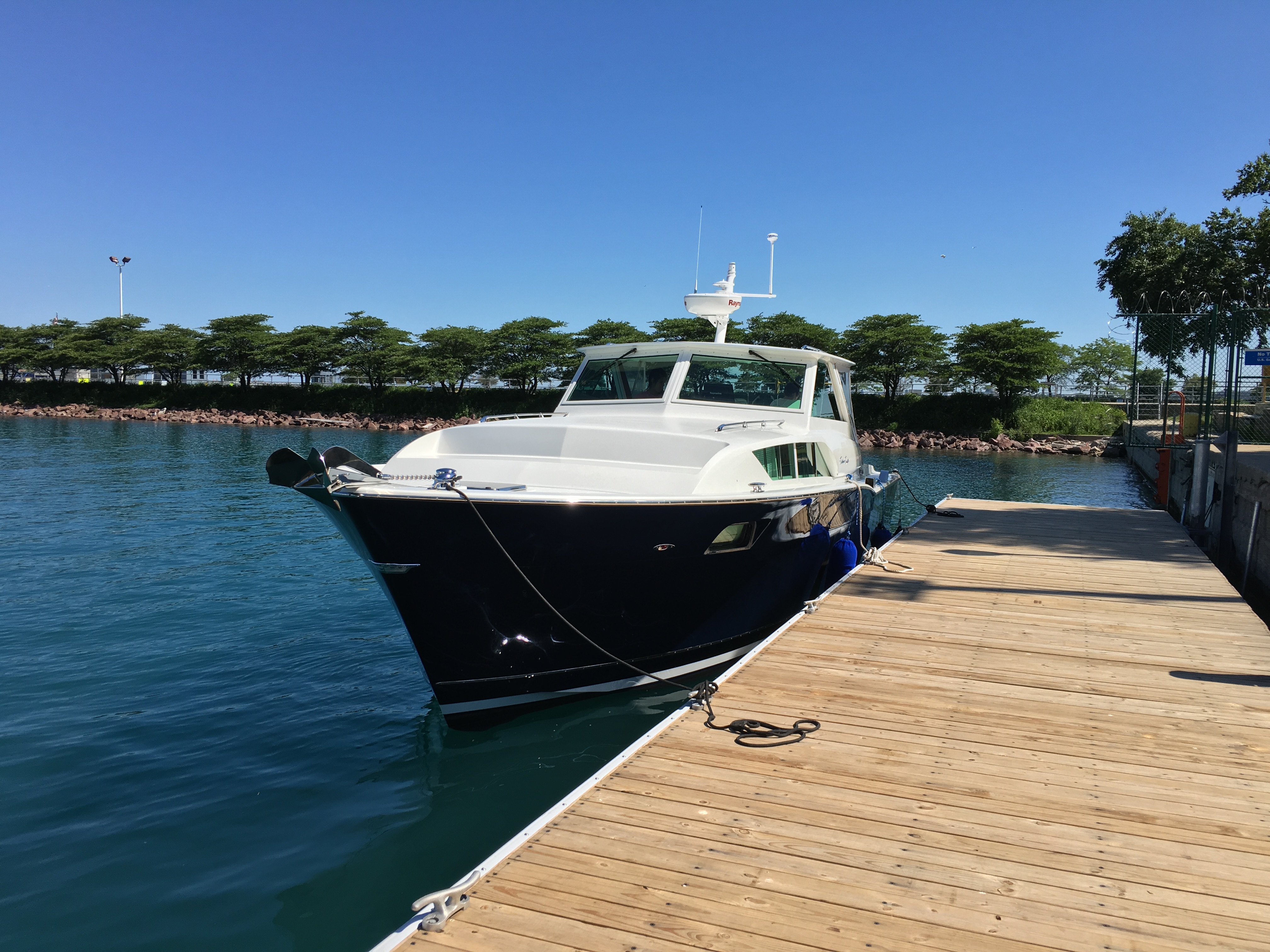 Julie often joke they “needed the transom door for the kids, but that by the time the boat was re-launched, they were big enough to hop over the cockpit coaming.”  Ceviche has over 400 hours on her now, and despite being back in the water, Greg admits the list of modifications is never-ending and upgrades occur annually.

With all that accomplished this year, and a nearly five year refit, one could assume the boat is nearing completion.  But Greg still has a “to-do” list mainly comprised of the interior at this point.  Only the head and part of the galley are really done to their liking.  In the coming years, they plan to hide the white laminate in the salon by adding either teak or mahogany wood panels on the side walls, a new built-in leather couch to port, swivel barrel chairs to starboard, new carpet, and updates to the v-berth with the addition of real wood - the way the older commanders were finished.  “Then it will be time to start a fresh list,” Greg said.

Fortunately, the never-ending list does not prevent Greg from regularly contributing to 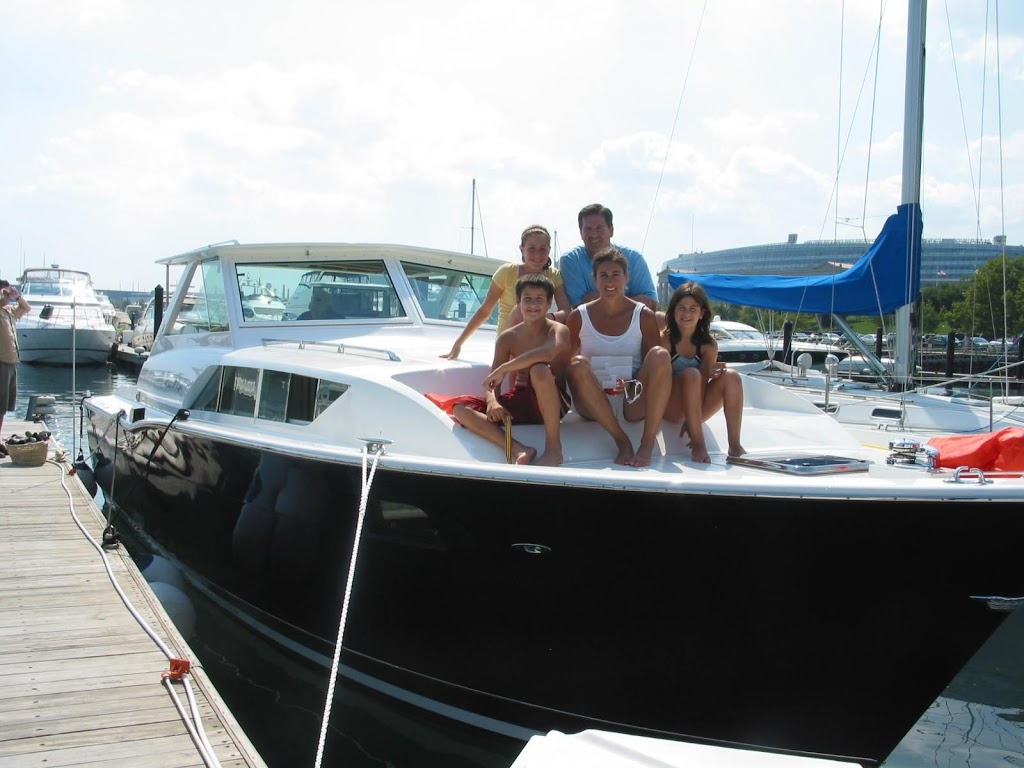 the Club and attending many Rendezvous.  Over the years, he has attended Club gatherings in South Haven, Algonac, Dubuque, Michigan City, Delray Beach, and Huron, and looks forward to others as his schedule permits.

But for now, Ceviche can be seen most every weekend plying the waters of Lake Michigan near Chicago, IL.  She has not traveled the country like some other Commanders, but has gone through a tremendous journey of her own.  One cannot help but wonder back to 1971 at what the engineer, painter, woodworker, or even janitor of the Chris Craft plant in Holland would think of her now, 45 years after first being launched.  As Dick Avery told Styled in Fiberglass in 2001, “the Commanders were special to me because I envisioned them as floating sculptures, depicting strong, functional, speedy elegance.”  Given that, Greg has stayed true to his guiding question of how Dick would “do that today,” and has truly maintained a classic beauty.

Additional photos of the Ceviche journey can be found at http://picasaweb.google.com/ggajcak

More Information On The 35 Commander