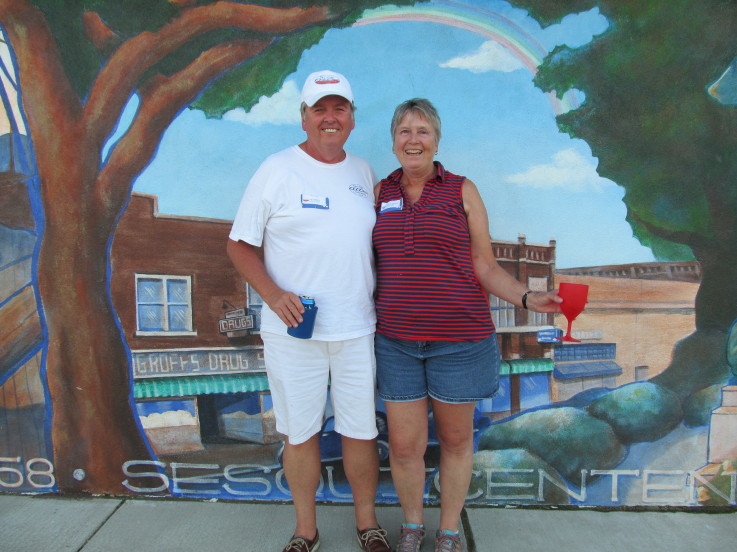 Jim Thomas and wife, Jennie Phipps, bought ORIGINAL 6, a 1982 Commander 410 in the spring of 2010 and joined the Commander Club.  ORIGINAL 6 is at the Ford Yacht Club in Grosse Ile, MI along with several other Commanders whose owners are longtime members. 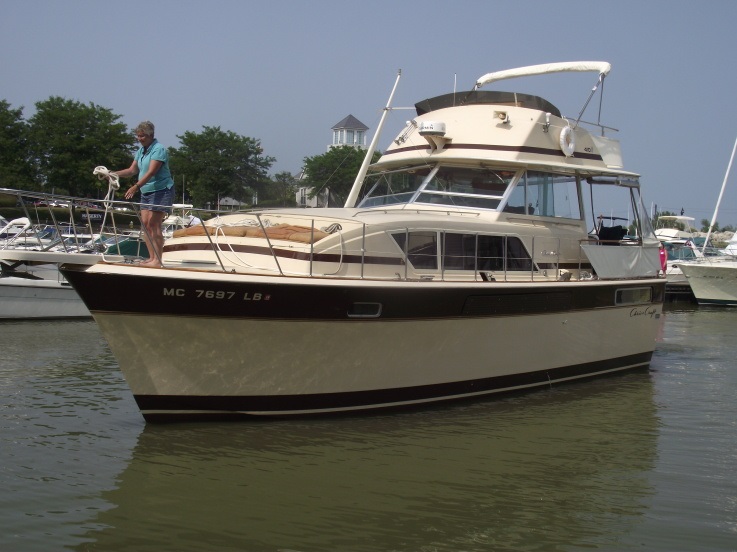 According to Jim “I bought my first Chris Craft, a 1987 Amerosport 320 (CAT-SASS) in 2006, my first boat, at age 60, and my wife and I wanted to move up to a double cabin for longer cruising and weekending before we get ancient. We've been ogling the Commanders for a few years and finally jumped in and bought the ORIGINAL 6 in 2010.”  ORIGINAL 6 spent the previous eight years at the Detroit Yacht Club, most of those years as the CHAMPIONSHIP, after having spent her first 20 years as the DOUBLE EAGLE homeported in Harbor Springs MI. . Additional projects included new seating on the bridge, new bridge locker doors and refinished teak trim, complete refinishing and repainting non skid on the flush deck and cabin enclosure, re-striping, modifying the stationary bridge ladder to a fold up version, adding St. Croix Davits, new Kahlenberg K-30 horns and new JIF boarding ladder, and getting the stabilizers working after it was discovered that locking pins were fused into the units preventing them from operating the first two seasons of ownership.

What happened to CAT-SASS, the Amerosport 320?  When Jim retired, he moved it to Florida as their Snowbird Boat.  Lee Dahlen is doing a great job helping to restore the CAT-SASS to great condition, worthy of a snowbird boat that can cruise Florida 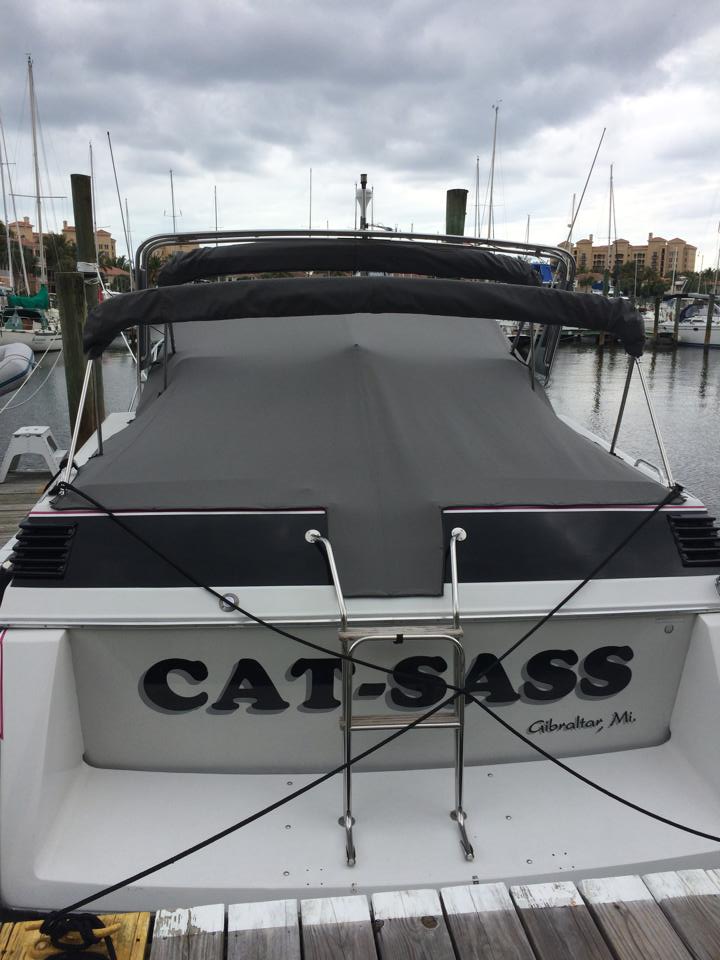 waters for a long time to come.  CAT-SASS now has a new larger hot water heater, a new city water connection, new faucet, new shower, and new shower sump pump, basically a brand new fresh water system, a big upgrade. The whole system had been disconnected by the prior owner. 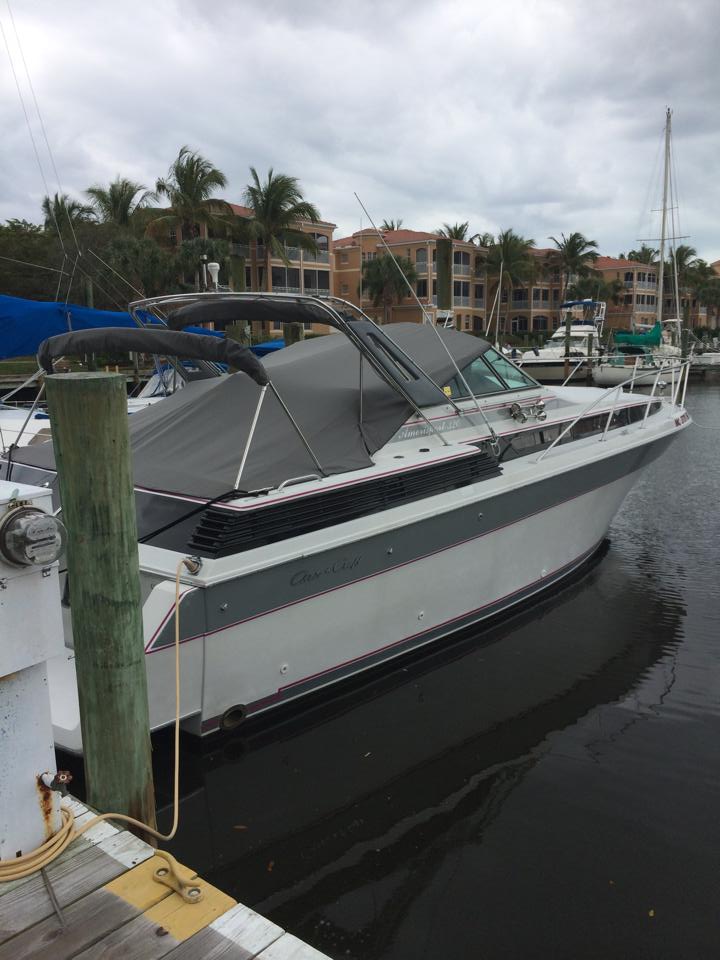 Jim served in the US Navy September 1968 – August 1972 (4 years) aboard the USS William M Wood (DD-715).  Though retired, he is an active CPA doing part time consulting for several clients, after a 41 year career in accounting and finance.  When he and Jennie are not boating or otherwise travelling, Jennie continues to operate her own business, FREELANCE SUCCESS, a weekly newsletter and online website with resources for freelance journalists, while blogging daily on retirement for BankRate.com, and completing other freelance writing projects, in her home or impromptu mobile offices whether aboard ORIGINAL 6 or riding down the highway in a compact RV.

“Being the marine mechanical neophytes that we are, we have enjoyed Lee Dahlen’s seminars at the rendezvous and appreciate the help and advice of members on the forum.  I am able to learn a lot about what I don't know, and now have an incentive to dig in and find out more,” stated Jim. “We are also fortunate to have several CCCC member friends at our homeport at FYC, especially Scott Anderson, who have been extremely helpful in guiding and assisting us with the week to week issues of operating and maintaining the ORIGINAL 6 during the boating season.”

The Commander Club is fortunate to have Jim and Jennie as members, and look forward to many more years of their friendship and contributions.

More Information on the 410 Commander