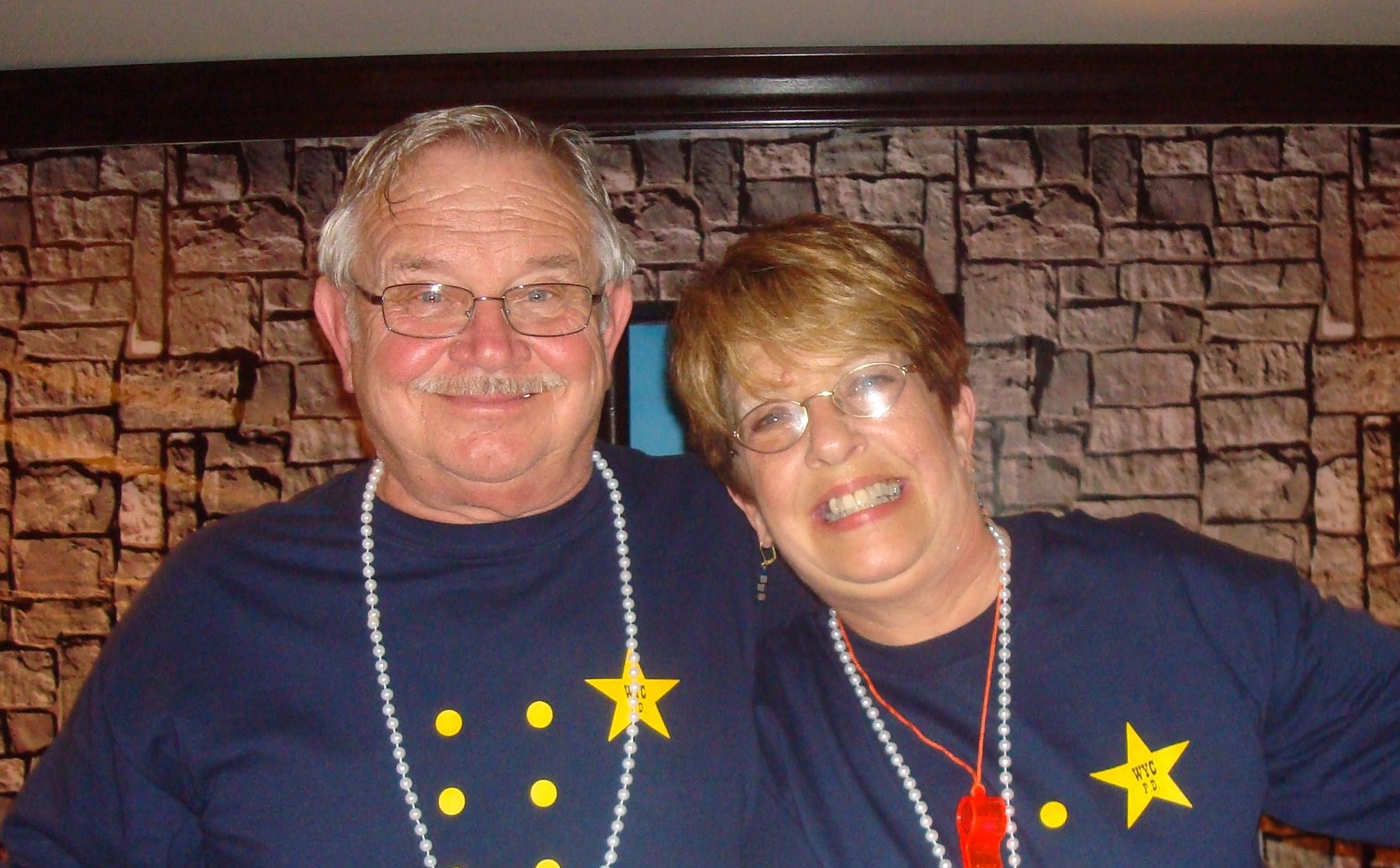 John and Fran Rose sold their 32-foot Marinette and bought their 1970 42' Commander, Kokopelli, in 1999.  The Rose's joined the Chris-Craft Commander Club in 2000, a year after the club was founded

If you have been to any of the last half-dozen CCCC National Rendezvous, there’s a good chance you may have met the Roses, as they have attended five of the last six. Perhaps, you have boarded the Kokopelli for a tour or a civilized adult libation on the aft deck or in the salon.  John and Fran, the perfect hosts, love to entertain aboard Kokopelli and their guests cannot help but feel the genuine warmth and friendship while aboard. 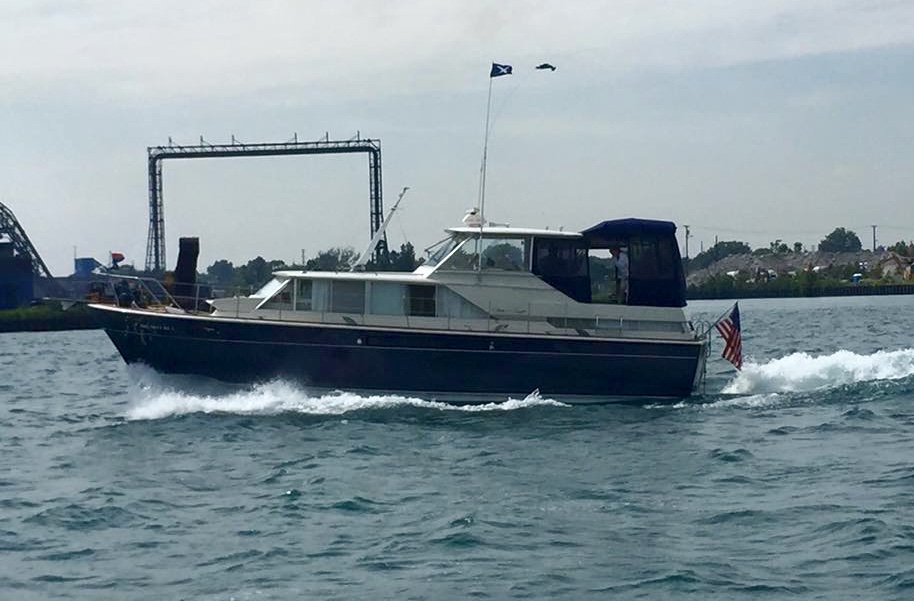 John and Fran attended the 2007 CCCC Rendezvous in  Algonac, Mich., an event that ultimately led to their decision to rebuild the original Detroit 8V53’s on the Kokopelli.

The Roses say they spent that summer laying down smoke screens across Lake Erie. “On our trip to the 2007 Algonac Rendezvous, we were accompanied by the one-of-a-kind Scott Anderson (a past CCCC Chief Commander), who spent most of the trip sitting on the fore deck (dodging the black smoke),” John recalled. “Up bound, we were stopped by the Coast Guard and the county sheriff, who thought we were on fire. On the return trip, the Canadian Coast Guard decided they should follow suit.”

In addition to the rebuild of the original diesels, the Roses also were prompted, by storm damage to the hull in 2009, to have Kokopelli’s hull painted flag blue, making her stand out among Commanders and other recreational craft that abound in their home waters. 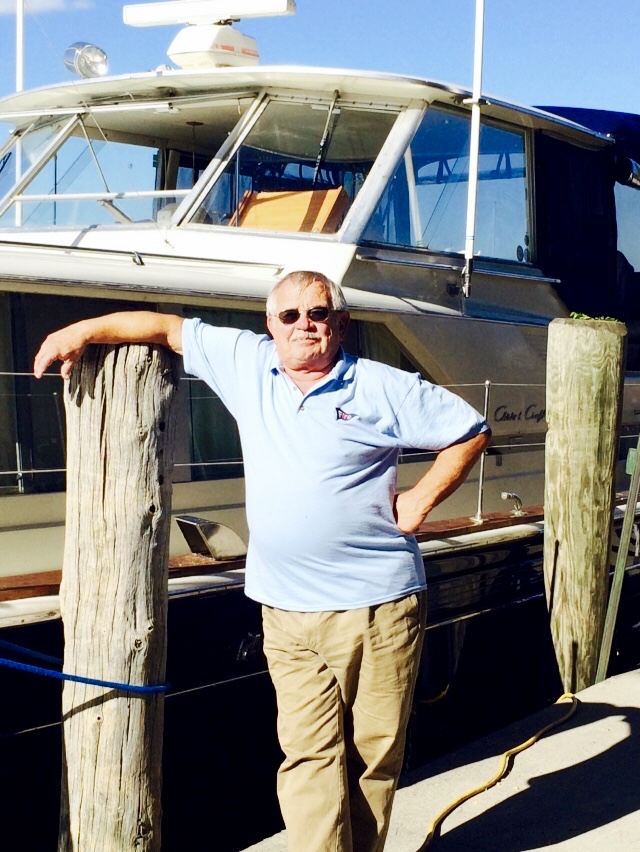 The Roses enjoyed that 2007 Algonac Rendezvous, and despite the smoke screen issues on the trip, decided to come back to the CCCC Rendezvous again and again.

John and Fran also have been members of an informal group of Detroit area Commander owners affectionately named the Motor City Motley Crew.  The Crew meet at area ports, like the Detroit Yacht Club and Jack’s, from time to time between CCCC National Rendezvous.

Why did they name their boat Kokopelli? Fran says, “We named our boat Kokopelli after spending time in New Mexico and becoming interested in Southwest Indian lore. We liked the story of the flute player who lured the eagle away from its aerie so the people could return to their homeland. “

And John is also fond of another tribe’s legend that Kokopelli is a god of fertility. “That helps explain our collective family of seven children and 10 grandchildren,” the couple said, laughing. 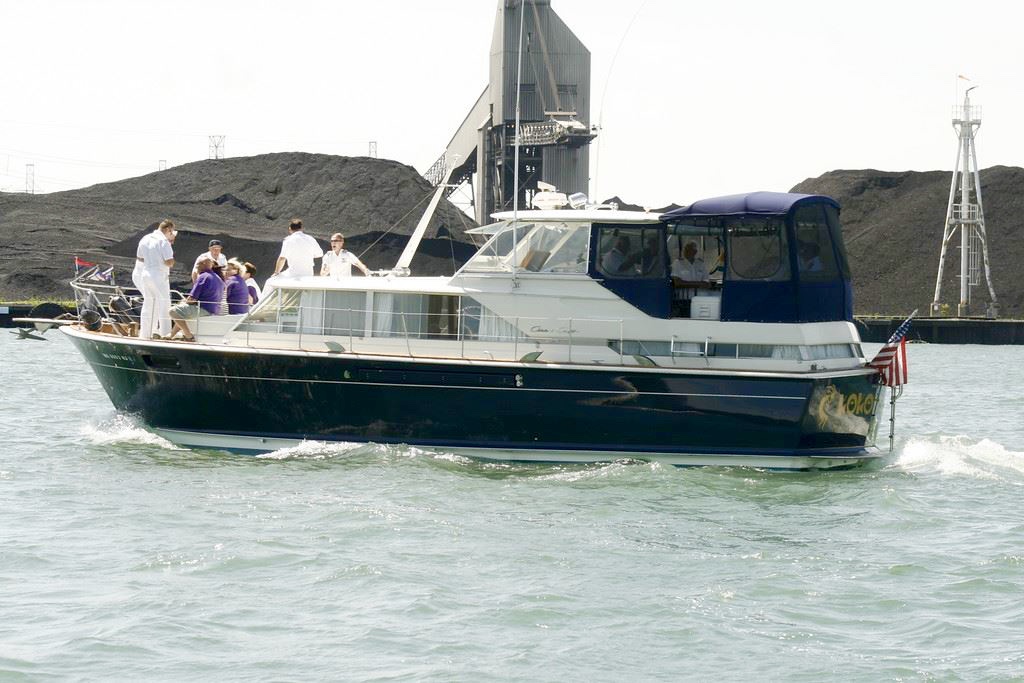 also are very active in the Downriver Detroit Yacht Club scene. John has served on the bridge of several clubs. “We have been members of three downriver area yacht clubs, enjoying two long enough to become Commodore,” John said.

Their current home port is Ford Yacht Club, located on the south end of Grosse Ile, where the Detroit River meets Lake Erie.  In the harbor are several other Commanders, including the Chief's 410, and a few even older wooden Chris-Crafts. 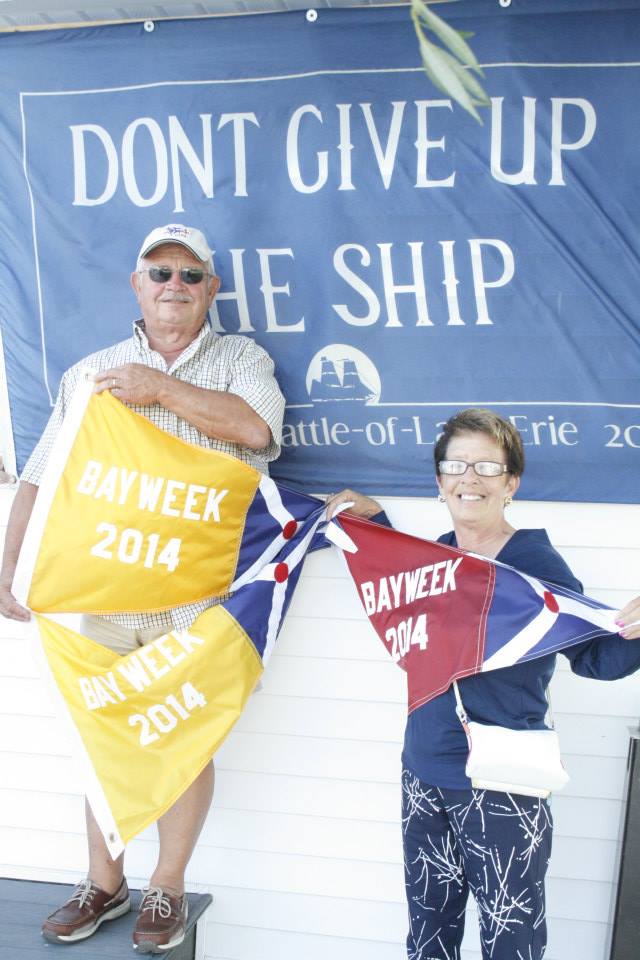 Besides weekending on Kokopelli and participating in FYC activities during the Michigan boating season, the Roses enjoy testing their boating skills by competing with Kokopelli.

“Almost every year we take the boat to Put-In-Bay, Ohio, for the I-LYA (Inter-Lakes Yachting Association) Power Rendezvous where we have competed in several contests; chicane, docking and flying mile, usually bringing home flags from all contests. The flying mile is the only contest we compete against diesel-powered boats of the same length,” the Roses report.

One year, a helicopter took photos of the Roses racing with hors d’oeuvres and champagne glasses on the after deck table. This is a couple who really know how to compete with class and style. 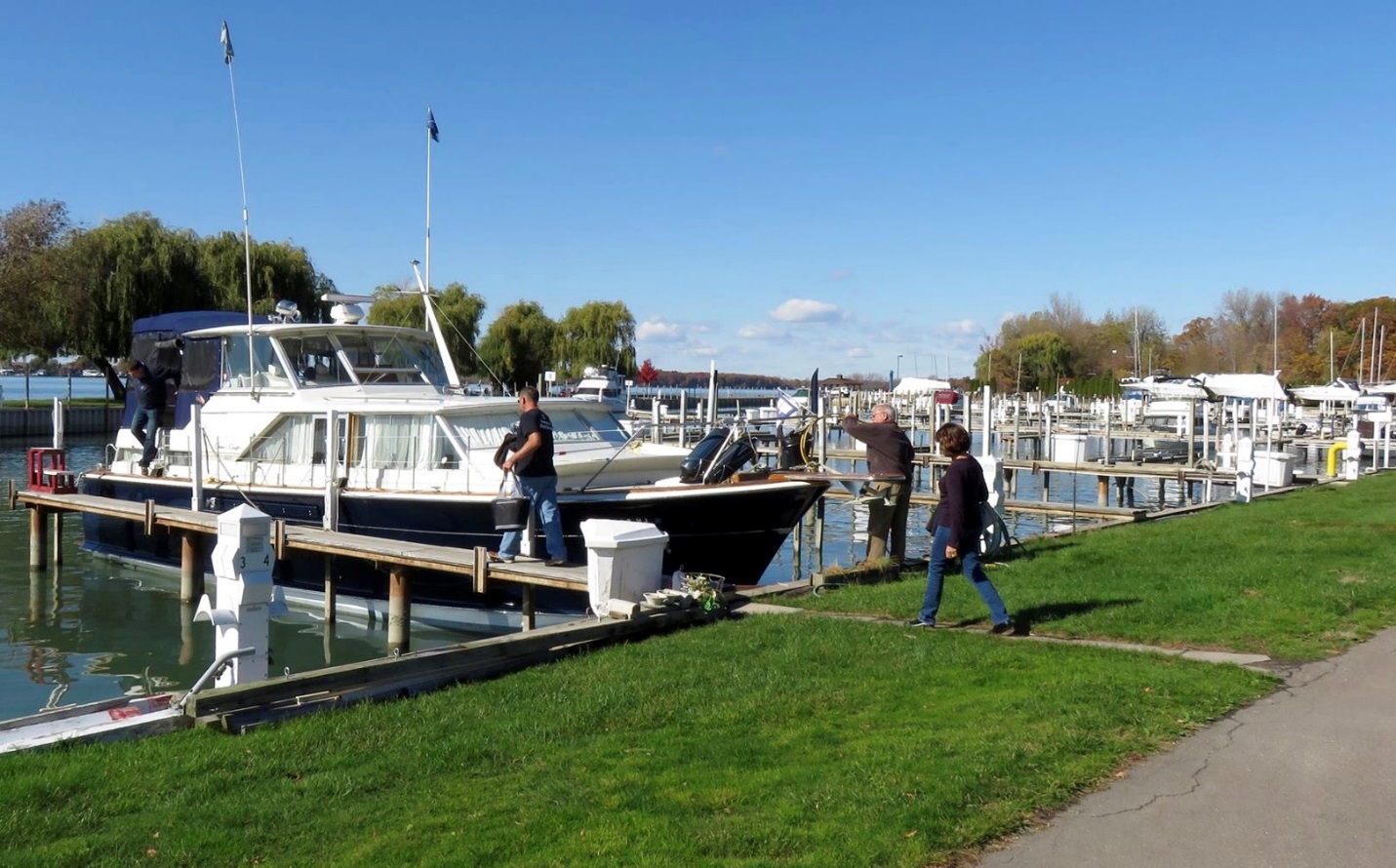 most of their fellow area boaters have shored their boats and are working on winterizing, the Roses engage in one of their favorite annual events, the fall color cruise. The late September or early October cruise gives them an opportunity to invite a number of guests aboard the Kokopelli. They travel north on the Detroit River with nary a boat in sight. Scott Anderson's Bloody Mary concoctions and 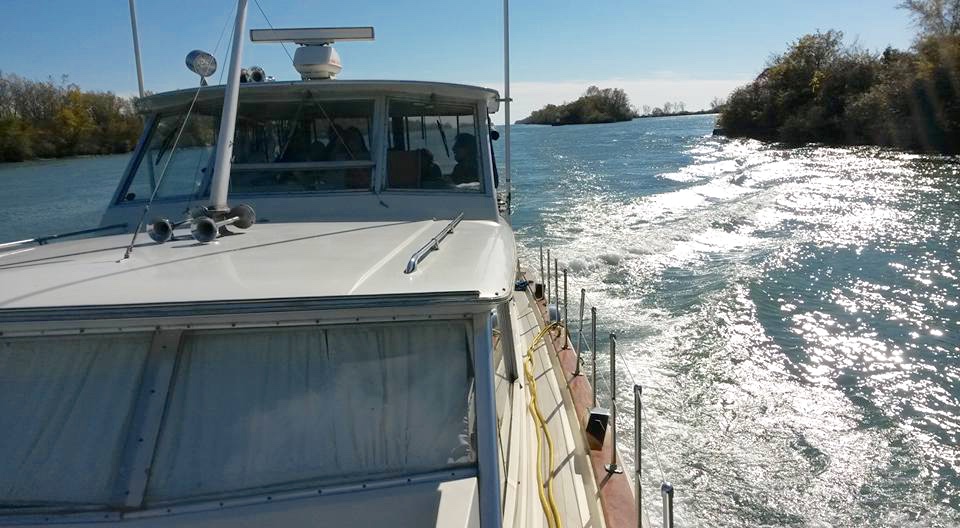 Fran's rum and ice cream “hummers” contribute to the camaraderie.

“Always, always a fun time is had by all,” Fran says. “Some people even remember the trip the next day!”

Whether you are attending a future CCCC Rendezvous or cruising the downriver Detroit River and Lake Erie, be sure you stop by the Kokopelli at the dock and visit with John and Fran.  You will be glad that you did.

More Information On The 42 Commander