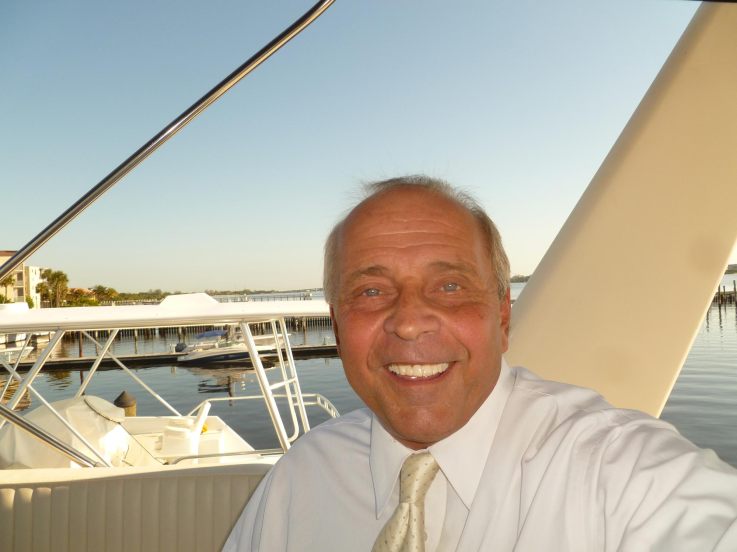 Paul Cavenaugh joined in 2014 when he purchased PIZZAZ, his second 41 Commander and his 28th boat over the last 50 years. Although he grew up on the Mighty Niagara, he lived aboard PIZZAZ  in Florida's West Palm Beach area.

Paul tells his story:
“I've been "boat crazy" since I was a kid in the 1960s. My cousin had taken a boat in trade for a car he was selling. Needless to say, that first boat ride on Buffalo's mighty Niagara River hooked me for life. I got to spend my summers at Buffalo's Chris-Craft dealer, JAFCO Marina. In fact, the son of JAFCO's founder, Tom Frauenheim, is still active with antique boat restorations, and remains a highly reputable yacht broker in the Buffalo area. Tom Frauenheim's Chris-Craft knowledge is second to none of anyone I know. My first Boat Show at Buffalo's old Armory opened up a whole new world for me. And the Chris-Craft Commander was that cool new boat that Chris-Craft just invented.

As a teenager 50 years ago, while my friends were all car crazy, I was boat crazy. "Gas Dock" attendant was the best summer job a "boat kid" could ever have! During college, along with a weekend broadcast job, my passion for boats eventually led to selling them. I knew every rumor and all the Chris-Craft "gossip" at the time. I had become a walking boat encyclopedia. I got to visit the Algonac and Pompano factories several times. It was an exciting time to hang out at a Chris-Craft dealership.

Nice Boats became my life passion. Still are. There was never a better time to grow up around boats and the water. I'm a Chris-Craft fan to my DNA. They are where my heart is.

I've been lucky to have owned several Commanders over the years including 2 31' Expresses, a 27 Commander Express, and 2 41 Commander Motor Yachts. Others have included 2 28 Bertram Flybridge Cruisers, a 48 Ocean Motor Yacht, and a 58 Hatteras Yacht Fisherman. 28 different boats over the past 50 years!

I spent the next 30 years at the coolest broadcast job in the business. I was known as the "Yellowcopter Guy" for WRMF Radio and CBS 12 TV in West Palm Beach. I became retired after surviving a helicopter crash in 2008. However, since that gig was only 4 hours a day, 5 days a week, it enabled me to be involved with the boat business at the same time, both as a yacht broker and consultant, and my own restoration projects. I never worked a day in my life. I've been so lucky!" Paul’s latest project was PIZZAZ, a 41' 1979 Commander with Marine Power 454 engines.  “The 41 is one remarkable boat for its size. I enjoy doing the maintenance to keep them beautiful, but I'm not much help with technical issues.  Whenever something goes wrong with my boat, I call the marina office.  I'm always happy to tell you what they did.” 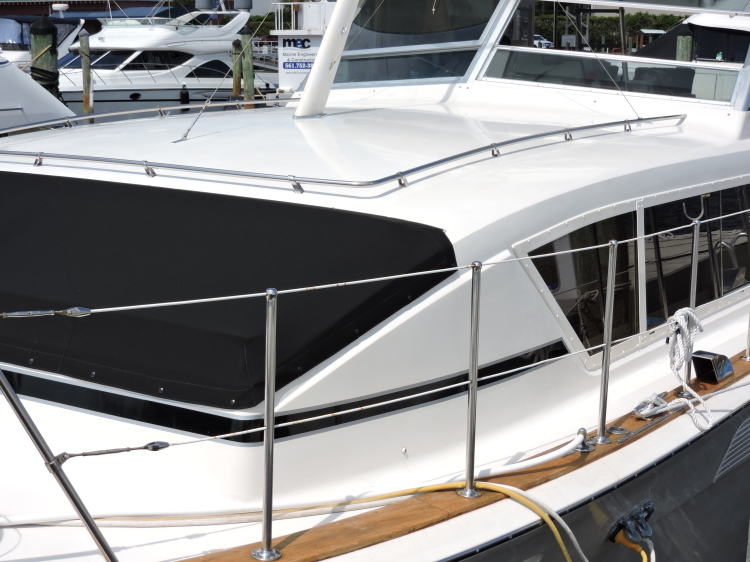 Paul Cavenaugh Photos Page Main Salon before and after

Paul on living aboard: It's simple. No lifestyle will take you farther away from the stress of land dwellers, than living on a boat. I've done it on and off for 25 of the last 40 years. There is nothing better! Once you get accustomed to it, there isn't any turning back. The "old house/classic car rolled into one" is a pretty good reference point. I prefer the scenario of maintaining a dozen classic cars, left out in the sun, and parked in a foot of salt water! If you can afford it, there isn't a better lifestyle on the planet than living on a boat. NOTHING BETTER!
Paul on restoring boats: Restoring a boat is a wonderful rewarding adventure. But you must know and understand boats before attempting. ...Along with three times as much money as you thought you would need to finish the job right... 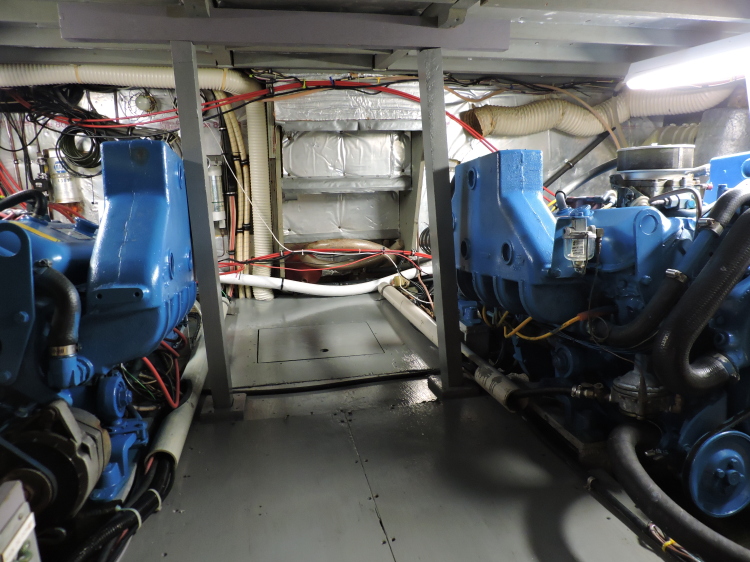 1979 Chris-Craft 410 Commander was finally "finished".  Wax, Teak, Varnish, Chrome, Stainless, Engines, Bilges. All shiny. All Clean. All standing tall.  All on the same day!  Then, somebody walked down the dock to try and buy her from me.  And I made the mistake of saying "everything is for sale".  To make a long story short...Closing will be July 31, 2015.

Boat Shopping is one of Paul’s favorite things in life. He has helped members narrow their search for their dream boats. Who knows what's next for Paul?

He can't think of living anywhere else than South Florida. (He just bought a dirt cheap condo). Once he gets the ‘land dwelling’ straightened out, he says “I can't see myself NOT SHOPPING for a boat in the Spring. But for me, it will be back to a smaller one like a 27 or 31 Commander.”

Paul will continue to be a valuable contributor to the Club as he pursues his next great boating adventure. We appreciate his passion as he shares his experiences with us.

More Information On The 410 Commander