Back To Member Spotlight Index page 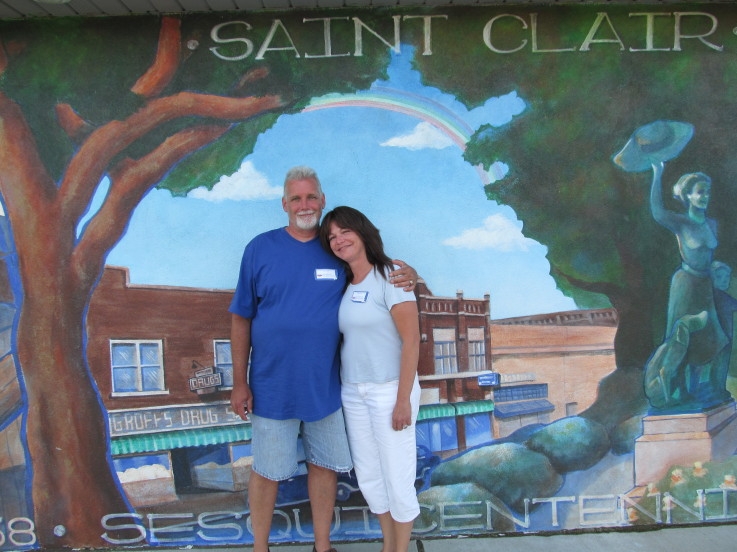 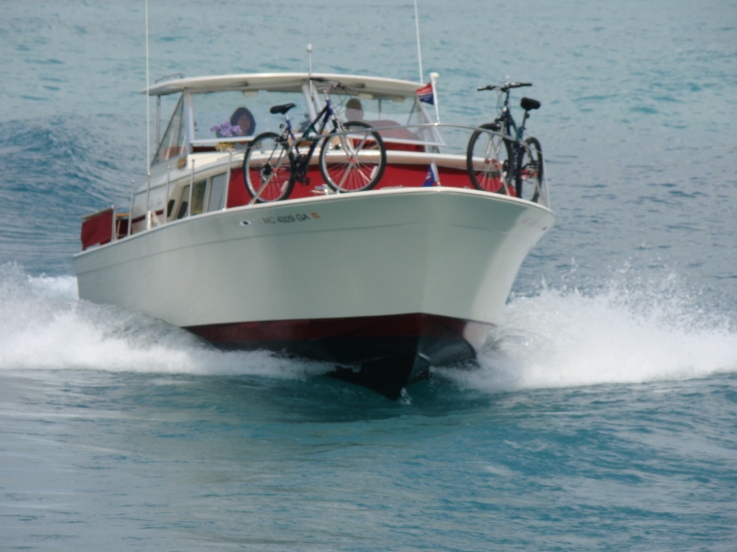 BAD INFLUENCE is a Commander Express with the original gel coat, UNTOUCHED 327F motors, original Kohler generator, original stove and refrigerator. In fact, practically, the only things that aren’t original on her are the accent stripes, canvas, carpet and upholstery.  BAD INFLUENCE was shipped to the Gregory Boat Company, that is still located in Detroit, Michigan, from the plant in Holland.  Her first owner was none other than Charles T. Fisher III. That’s right! She was once part of the Fisher Family, of the Fisher Body Company. The Fisher Body Company is a coach builder that was founded in 1908, and supplied General Motors.  If you owned a GM car, prior to the mid 1980’s, you may remember the ‘Body by Fisher” emblem on the door sill plates as you entered the vehicle.  Throughout her life, she has brought joy to four different Captains and has been given three different names. “Shiela K V”, “Bober Ann”, and “Bad Influence”.  BAD INFLUENCE may be the oldest 1966 Commander on the Great Lakes. 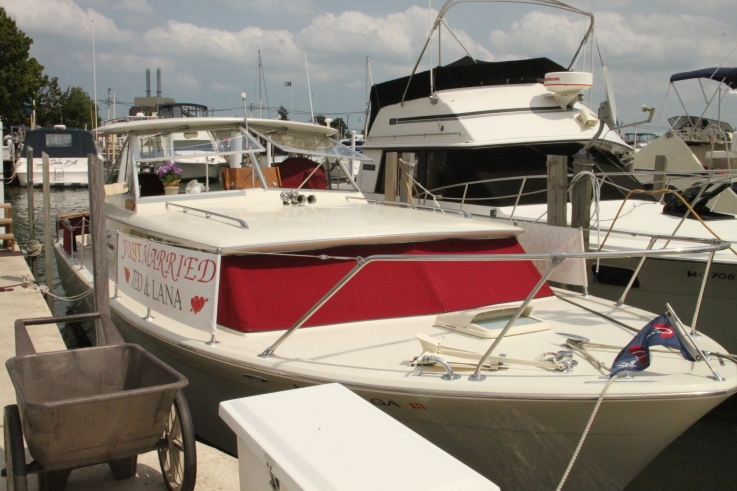 Lana joined the Commander Club in September 2011.  They attended the 2011 Commandervous at Algonac Harbour Club.  Through forum posts, Commander Club members provided ideas for Ted and Lana’s wedding venue and boating honeymoon.  Club members celebrated with them at the 2012 Rendezvous at Kean’s in Detroit, MI.  Ted and Lana helped host the 2013 Regional Rendezvous in St. Clair, MI and posted many photos.  We enjoy reading of Ted’s experiences and appreciate his willingness to share.

How did Ted and Lana become Commander owners?  It was a combination of Ted’s wonderful childhood memories, his love for his family, his father’s dream and fate. 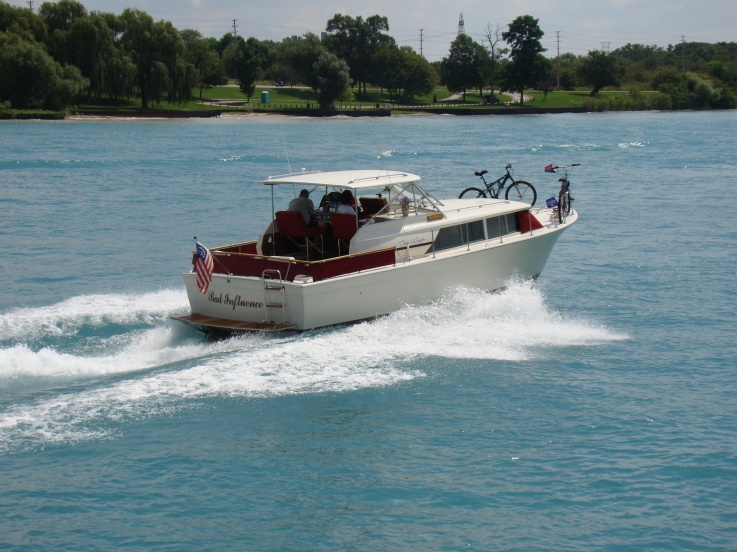 “Sometimes in the evenings we would take walks towards the water. One night we decided to sneak into a marina and walk around there. There was a 30 foot Sea Ray for sale, so just out of curiosity, I walked over and looked at the price on the sign. The price was about one fourth what I thought it would be. (The economy had really driven the prices down I discovered later.) Never before that moment did I ever consider a large boat. I always liked speed and fishing. I don’t know what made me curious but remembering a dream of the cabin up north on the lake was gone, we tinkered with the idea of a cabin on the lake in the form of a large boat. We asked to see the boat. Once we went into the cabin, I hated it. I felt like I was in an ever shrinking tunnel. Nothing like a cabin at all.

“We said our pleasant goodbyes to the owners and walked away. I don’t want to sound way out there, or strange, but something like a strange act of fate happened. A mysterious couple saw us walking from the boat. They stopped us and asked if we were interested in a boat. We said not really and were just looking out of curiosity. We also said we didn’t like what we saw and decided it really wasn’t for us. The mysterious couple suggested we look at a friend of theirs boat before we made our decision not to buy a boat. They said their friend is only selling the boat because he has cancer and his days are numbered. I don’t know why but even though darkness was approaching, we decided to agree to go see the boat. What could it hurt? Besides they said it was a special boat with a special history. I was intrigued.”

“We approached the boat and “OH MY G……….” It was the most beautiful boat I had ever seen!!!. We walked closer and all of a sudden I saw the brand name on the side. CHRIS CRAFT in beautiful script on the side. I stood there in silence for just a few seconds, but it seemed like forever. My mind started racing. This is my Dad’s dream boat!!!" Ted and Lana look forward to continuing participation with the locals in metro Detroit along with all of us online. The Commander Club is fortunate to have them as members, and look forward to many more years of their friendship, enthusiasm, and contributions.